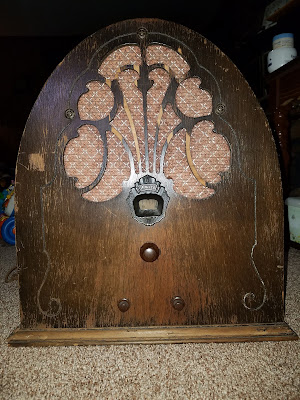 I picked this Philco model 20 up in early March. It was found in a flea market in Greenbrier, Arkansas. As you can see there is some damage to the grill, but surprisingly all knobs were there. 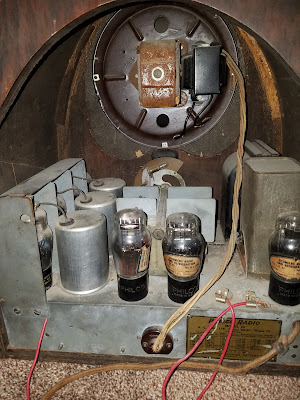 An interesting thing you can see from above is the labeling on the  vacuum tubes. They say "Schmiers Radio and Refrigeration" and have a date code of 1931. 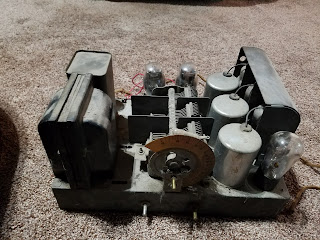 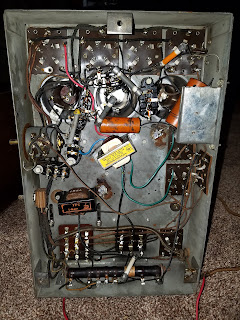 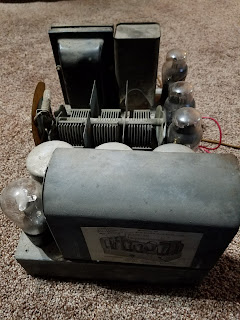 The above photos show you what the Chassis looks like removed. There was no rust, but there was thick dust covering everything.

Progress on the Restore. 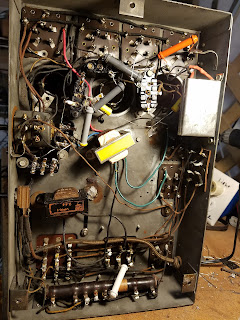 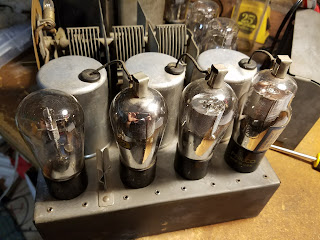 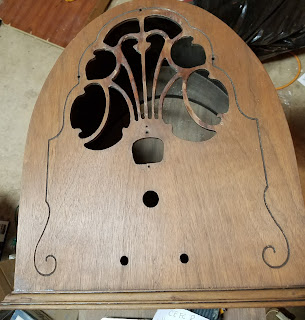 As you can see I have replaced the old capacitors and have replaced the resistors with reproductions. The cabinet is coming along, but it will be fall before the temperature is low enough to lacquer and tone and the cabinet.
One note from the above photos. The yellow caps you see are replacements for part 14. Which should have been a large metal cap similar to what you see attached to the back of the chassis.


Video of the radio playing.