July 27, 2017
Another amplifier brought to me by my friend Mike. I am not sure what Jukebox this amplifier came from. There was not a lot of information to be found on the TSA10 amplifiers from Seeburg. From the research I have done it looks like the TSA10 was offered around 1971.  The following year the SHP1 amplifiers were first offered. 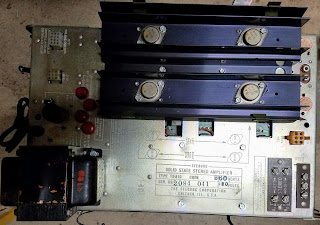 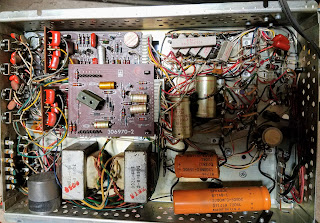 Above is what the amplifier looked like when I received it.  There was not any issues reported with this amplifier so I moved straight into replacing electrolytic capacitors. 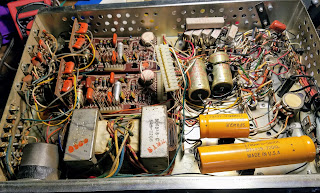 This is what the amplifier looks like with the driver board removed. 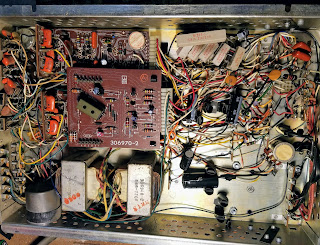