This amplifier like most I post about was brought in by Mike for me to inspect and recap. 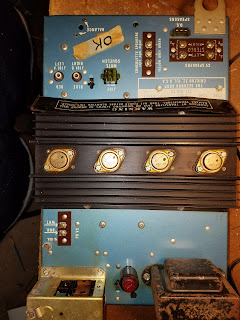 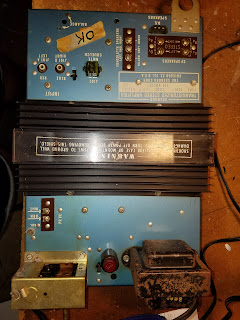 As you can see this is a solid state amplifier and uses 2 transistors in push pull. The TSA1 has a volume control built in which makes testing a lot easier. 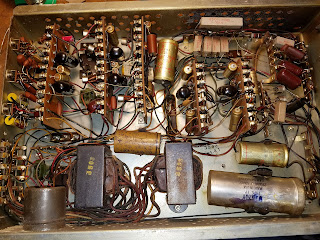 This is the before photo of the underside of the amplifier. A few capacitors had been changed over the years. Overall it had a lot of original parts and did not show any signs of previous damage. 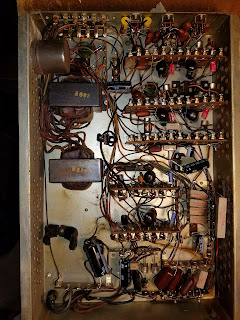 Here is a photo after I finished with the recapping. 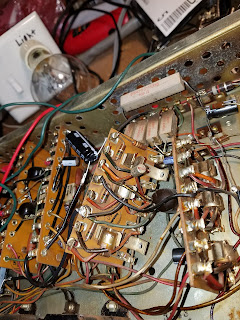 One of interesting things about this amplifier is that it uses germanium transistors in the driver's circuit. In the photo above you can see I have the transistor for the right channel lifted up. It is Q112 on the schematic. Seeburg used an RCA 34573 Germanium Transistor.

The reason for it being lifted is that it had became noisy. The right channel had constant loud hiss. That is a common problem for old germanium transistors. Below you can see the replacement. 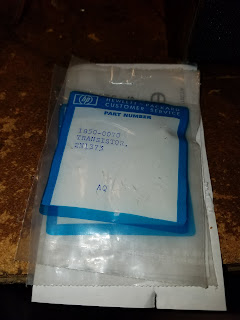 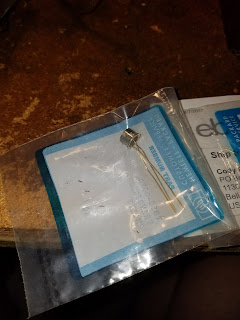 I used a 2N1373. It is a new old stock Hewlett Packard transistor. It was found North Carolina. The amplifier is now back together and playing great! 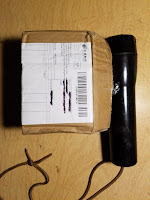