March 02, 2018
The Seeburg Digital Control Center came into use around the 1970's. This was model DDC1. Seeburg continued the use to the digital control center line until around 1977. The last model used was a DCC42-56. The DCC is used to supply 27 volts DC, -27 volts  DC and -13 volts DC to the jukebox. The DCC has test points on the side to measure these voltages.

Below you can see a DCC3.

Once you flip over the DCC you will see two circuit boards. The top board is the data buffer board. Generally you will not have any issue with it. The second board (on bottom) is the power supply board. This where you may have issues. The power supply board is where the DC voltages are created and regulated.

Below is the power supply board removed. 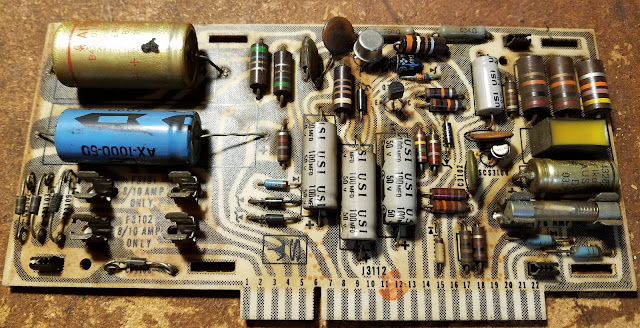 The first thing I always do when working on a DCC is start by replacing all electrolytic capacitors.

Below is the schematic. 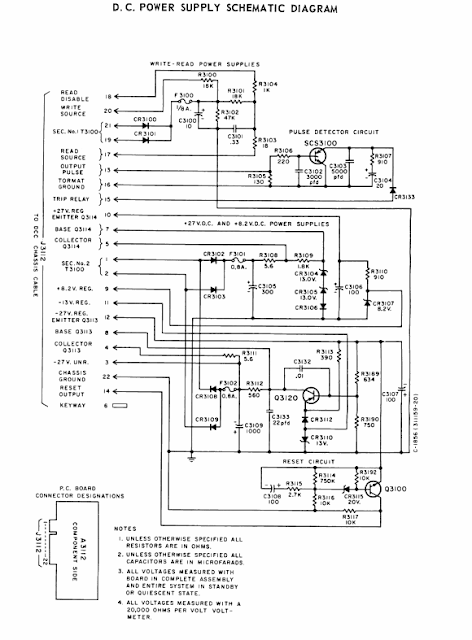 In my case as you can see below I had other issues. 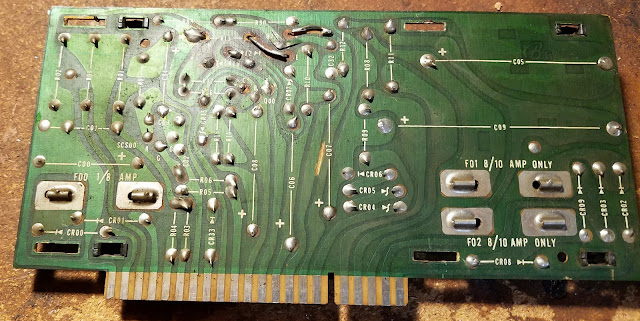 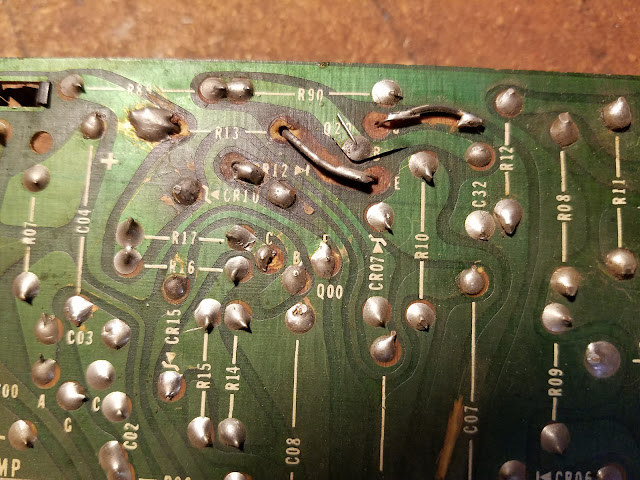 As you can see transistor Q3120 has been replaced and someone ruined the trace. Q3120 has 44 volts coming in on the collector and is used to create the -13 volts and -27 volts.

It turned out the transistor Q3120 was just fine. Below you can see my fix. 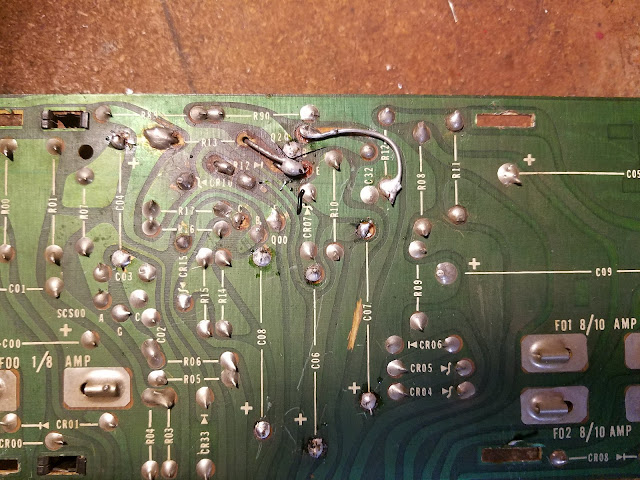 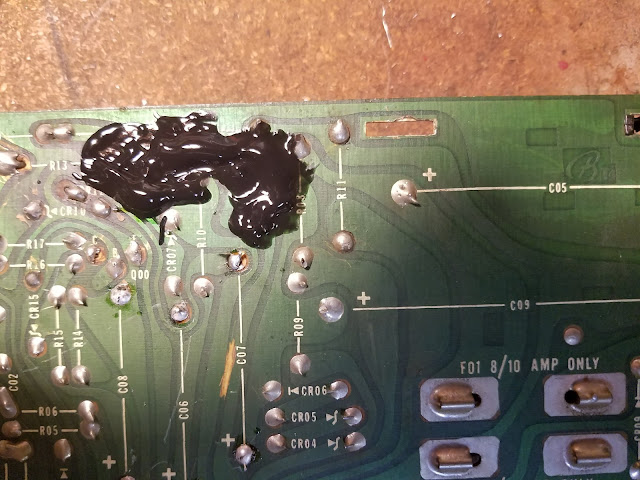 Here is the top side with new capacitors.

After all of this was finished I reassemble the DCC and tested the voltages and everything was fine. If you are going to test the voltages on the bench be sure and short pins 7(white-red) and 8(red) on the totalizer plug. If you don't short them you will have no -13 or -27 volts.